“Don’t let your hearts be troubled. Trust in God, and trust also in me. There is more than enough room in my Father’s home. If this were not so, would I have told you that I am going to prepare a place for you? 3 When everything is ready, I will come and get you, so that you will always be with me where I am.  And you know the way to where I am going.”

Jesus told him, “I am the way, the truth, and the life. No one can come to the Father except through me.

I open with some bad news and some good news.

The bad news is that Christianity in its traditional form now stands outside mainstream American culture.  For those of us over fifty, this is relatively new.  Cultural observers saw it coming for decades but it arrived more quickly and with greater force than any of us had anticipated.  Because of this, adherents to orthodox Christianity, will increasingly experience the kinds of overt and covert persecutions reserved for cultural outsiders.  The false narrative is because we stand firmly in Biblical values that we are intolerant; even haters.  The false narrative is that we want to persecute and discriminate against those who reject our values and that said offenders are not welcome in our families, our lives or in our churches.  According to the false narrative, traditional Christians have become terrible people overnight simply by believing what Christians have always believed and standing where Christians have always stood.  The world changed; we didn’t and we are the problem.  We know that narrative is absurd but sub-cultures are forced to live with the narratives forged by the larger culture.  That is our new reality and if you don’t yet feel it, you will.

The good news is that Christianity thrives as a counter-culture movement!

When I talk about truth, I am referring to the truth about Jesus. The big “T” truth.  When the New Testament offers the specific conditions for salvation, it nearly always centers around the concepts of “Believe and Receive.”  We must believe that Jesus is who he says he is, act upon that belief and live in accordance with that belief.  So what is it that we are supposed to believe about Jesus?  So let’s begin by exploring what the Bible has to say about Jesus.

A part of the genius of Jesus was his refusal to be culturally “relevant.”  The hot button issue of his time was Roman occupation and he frustrated people by his refusal to engage.  When they tried to lure him into a political quagmire concerning paying taxes to Rome, he simply said, “Give to Caesar what is Caesar’s and give to God what is God’s.”  When they tried to frame him as a political revolutionary, he spoke of another Kingdom entirely.  Instead of talking current events, Jesus dealt with universal principles like love, sin, forgiveness, restoration, use of resources, how we treat people and devotion to God.  Jesus seemed to think if we got the big stuff right; the little stuff wouldn’t be all that hard.  Jesus was right.

Let me tell you about the Bible’s witness to Jesus.  Jesus wasn’t rich or enfranchised.  There are no documents in existence that bear the claim that “Jesus wrote this” nor are their serious rumors about lost material that he may have written.  What we know about Jesus’ life are primarily contained in four short biographies.  Mark was written first, Matthew expands Mark; Luke is a different style all together and John was written much later and to a different audience entirely.  That four people over a period of decades wrote many of the same things is compelling evidence to not only the physical life of Jesus, but what he actually said and did.  There is almost no rational person in the world who believes Jesus did not exist.  But what is the Biblical truth about Jesus?

Jesus entered the world in the very early years of the first century in the Galilee region of an Israel occupied by the Roman Empire.  He was raised by his mother Mary and her husband Joseph in a Galilean village called Nazareth.  Jesus came from an artisan class and devout Jewish family.  Sometime around the age of thirty Jesus emerged as a teacher or Rabbi and his ministry quickly trended.  The reason?  Miracles.  Jesus of Nazareth gave people their lives back.  He could turn water into wine, calm storms, multiply fish and bread, cure incurable diseases, make the blind see and the lame walk, cast out demons and even raise the dead.

In addition to the forty plus recorded miracles in the Bible, we have a significant body of his teaching.  If you read the red letters of the Gospels, and I suggest you do, you will find that his teaching style was provocative, his message counter-intuitive and his moral force was anti-establishment.  Jesus seemed most sympathetic to those furthest from God and most critical of the religious establishment.  Jesus’ teaching seemed to unravel people and his audience was often left bewildered or just plain angry.  The disenfranchised flocked to him and the religious elite intuitively understood he was a threat.  It doesn’t take long to see that Jesus was on a collision course with power.  He was eventually charged with blasphemy by the Temple, convicted by an unconvinced Pontius Pilate and sentenced to death on a Roman cross.

It seemed like a tired plot with a predictable ending.  A charismatic populist leader arises and he becomes too popular, too brazen and too difficult for the establishment to control.  When he can’t be bought, the authorities kill the leader in a public spectacle and the rest just dissipate.  But what they didn’t figure was that Jesus was going to raise from the dead.  With Jesus undeniably alive; he commissioned his disciples, promised to return for his church and summarily Ascended into Heaven.  In the aftermath, the Holy Spirit arrived, the church was born and all the sudden the stuff Jesus talked about and no one understood, made perfect sense.  That is the claim about Christ but what was the claim of Christ?  What did Jesus say about himself?

CLAIM #2: The way to God is prepared  V. 2-4 There are many rooms in God’s house and I am going to prepare one for you and when everything is ready, I will come for you and you will be with me and you will know where I am.  The life, death and resurrection of Jesus prepares the way.

5 Thomas said, “We have no idea where you are going so how can we know the way?”

6 Jesus replied, “I am the way, the truth and the life. No one comes to God except through me.”

CLAIM #3: Jesus is the WAY  Finding our way to God is the essence and aim of religion.  Jesus said, “I am the way.  You want to get to God, you believe in me, live by the values of my Kingdom and get involved in my work.”  The earliest moniker we have for Christians is “The Way.”  Our culture finds this claim exclusive and offensive but the Bible just can’t seem to care.  We want Jesus to be “a way” or the “best way” but he leaves us no room to so categorize him.  Jesus is either “the way” or “no way” but he is not “a way.”

CLAIM #4: Jesus is the TRUTH Truth in the Greek means completely true.  It is the opposite of spin, which contains some truth.  If you cut Biblical truth into a thousand pieces, all one thousand would be 100% true.

CLAIM #5: Jesus is the LIFE  There are two features here, Jesus is absolute life and Jesus is the restorer of absolute life.  Life in this sense is an existence teeming with God.  This God-life was diminished by the Fall but is restored in Christ.  Jesus said in John 10: 10, “I have come that you might have life and have life abundantly.”

We live in a time when telling the truth about Jesus hurts people’s ears but tell the truth we must.  Our culture is manic, desperate, unhinged, outraged, addicted, lost and dying.  Jesus declared his mission to be to, “Seek and save the lost.”  And that is why we have to tell the truth about Jesus when telling the truth is hard.  Only churches serving Jesus at full-strength will have the fire power to see lives transformed!  Jesus is who he said he is or he is a total impostor.  Jesus is either everything or nothing.  There is no in-between.  We can accept Jesus or reject Jesus but we don’t get to modify him.

I am not ashamed to tell the truth about Jesus Christ.

He is my everything.

He is the hope of the world.

There is no other.

And that is the truth about Jesus. 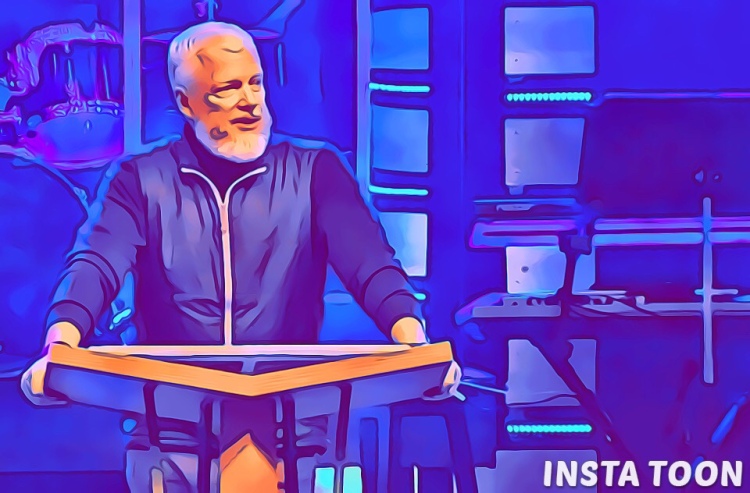 -Rev. Shane L. Bishop has been the Sr. Pastor of Christ Church in Fairview Heights, Illinois since 1997.

One thought on “Telling the Truth (About Jesus)”