What Is A “Tween” and Why Should They Matter To Your Church? 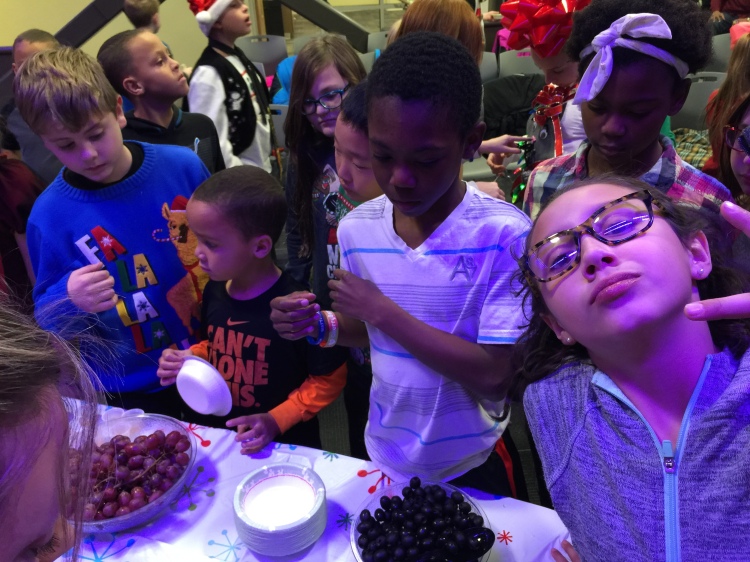 It’s a Sunday morning and I couldn’t wait to get to work! I knew that all my elementary kids were going to love the Large Group set we designed for the month, and that we had finally found worship music that would engage our older elementary kids as well as our younger ones. So there it was; time to see their reactions to the set! I was excited, but they didn’t really react as I had thought. My 1st-3rd graders seemed to like the set, but just as every other week, it seemed as though many of them were holding back for some reason. My 4th and 5th graders again seemed like my set was about as cool and engaging as if I was showing them a toddler TV show. I can remember thinking, “Ugh, what is it going to take to get through to this group?”.  We still had worship to go, and I knew it was going to be awesome! It wasn’t.

My 4th and 5th graders continued to be the wall flowers they had been every other week for as far back as I could remember. My younger kids wanted to be involved with the worship and dance moves, but something was holding most of them back. What was it going to take for me to solve this problem in my ministry? It was taking a toll on my volunteers. It was taking a toll on me. We would watch kids feel “too cool” to be involved and others want to be involved, but then they would hold back. Why was this happening? Why wouldn’t the kids just let go and enjoy our worship time? Then it hit me. The kids weren’t the problem! My approach was.

My first step was to figure out why this age group was different from other age groups. My daughter was in this age range. I knew clothing stores and TV shows targeted this group called Tweens. Why? What makes them so unique? Let’s start by defining “Tween”. A Tween is commonly defined as a child between the ages of  9 to 12 years old; or 4th-6th grades. We certainly did not have this term when I was that age. Next, I had to learn what’s changed between my childhood and now that would make this group a target audience.

In the early 20th century the word adolescence was invented to describe the years between childhood and adulthood. This was considered ages of 14 -16 years. Prior to that, girls were considered adults around the age of 14-15 years and boys at 15-16 years old. In the 1950’s we began to see the emergence of a thriving youth culture all their own. Teens continued participating in this youth culture up to the age of 18 years. Society responded by extending the upper limit of adolescence to 18 years. Jump forward 20 years to the 1970’s. It’s noted that the onset of puberty is starting at the age of 13. Society responds again by now extending the lower boundary of adolescence to 13 years old. In the 2000’s we start seeing our not quite teenagers trying to participate in the youth culture of our teenagers. They aren’t teens, but they aren’t willing to be considered little kids any more either. They are in between. They are Tweens!

Why should we, the church, minister separately to the Tween group? Let’s look at the differences in learning stages between a 1st grader and 5th grader. A child in 1st grade is moving from a world of play based learning into a learning environment of routines with plenty of room for exploration still. A prepubescent 5th grader is working on complex projects and tasks that force them to utilize all the skills they have thus far learned. They are most likely switching teachers for one or more subjects per day, and are spending much of their time learning and understanding complex social rules and interacting with peers. They also have the ability to think logically. With such differences between the learning stages of these two examples, how can we possibly teach them the same thing at the same time? We can’t. Disney and Nickelodeon are capitalizing off of understanding this. Tween’s have TV shows created specifically for them. They are filled with all knowing tweens and young teens, idiotic acting adults and parental figures, witches, wizards, and materialism. This isn’t the message that we, the church, want our future based on. By creating a separate ministry for tweens we can put Godly influences into their world. If you are a Children’s or Youth Minister you have either read or heard of Thom Rainer’s and George Barna’s research regarding youth and children’s ministry. It’s clear that kids are leaving the church as young as 5th grade. If the church doesn’t reach kids by the time they are 13 years old the statistics of them being reached at all drop drastically. The tween years are the last frontier of reaching kids for Jesus!

How does one go about starting a ministry for tweens?

Start by meeting them where they are.

As a Mom, I saw my own children’s world shift at the 4th Grade ages. I talked to other parents and found out we weren’t alone. The media, music industry, and commercials all spend millions of dollars targeting this age group. They have figured out that these kids are an influential part of society. As the church, we need to realize the same. After all, we are influencing them for the Kingdom of God. As a KidMin Leader, I have been able to create a place for tweens where Small Group Leaders understand that they think mainly in the abstract for the first time in their lives. We focus every week on how Biblical principles apply to the pressures they face in today’s society. They are slowly integrated into the Youth Group atmosphere through intentionally mimicking our own Youth Group. Most importantly of all, they have the opportunity to see how they fit into the larger church. We have an obligation to the kids God has called us to minister to. That obligation is to connect them with Him. By making a few changes in your ministry you can impact them for the Kingdom and keep them in church.

-Amanda Cates is the Director of Elementary and Tweens Ministries at Christ Church in Fairview Heights, Illinois